I traveled at Kunming City, Yunnan Province with my wife in August 2017 at second time.

On August 22, I went to Kunming Museum with her at the afternoon, before went to Cafe “Salvador’s” at Wenhua Alley.

Every time I go to Kunming City, I increase my interest in this museum and go here.

Especially, I watch one corner of this museum, named “Kunming Flying Tigers Museum“.

This exhibition corner honoring the glory of the U.S. Army volunteer team and the collaboration with the Chinese army during the Sino-Japanese War (the war against Japan).

Walt Disney has drawn illustrations for aviations and for fighters. It shocked to me.

I am shocked again that Walt Disney is still shocking to me when I see it again. because I thought Disney’s World was symbol of peaces.

A few years ago, I learned that Walt Disney’s paintings used for the Kunming Flying Tigers Team’s Mark. But I think again and again its meaning.

one of Disne’s exhibitions has explanation,

The emblem designed by Walter Disney of Hollywood, a fierce tiger with wings flying toward victory, was drawn on AVG’s planes.

Now there are Disney lands in America (USA), China, Japan, and othere nations.

We can go to Shanghai Disney Resort at China by airlines, not by fighters.

A strange encounter with American at Wenhua Alley

Later, We went to Wenhua Alley, looking for some bookstores, which is declining in China.

And went to the nearby Kunming city’s largest downtown, and western area, near Wenhua Alley.

There are more Westerners in Kunming than in Lijiang or Dali.

We took a break in a Cafe, and entered in Cafe “Salvador’s” at Wenhua Alley.

We sat at 2nd floor.

talking, and American in Dali

Next to us, the Western-look man who has sat, and he told the menu in fluent Chinese to the waitress.

I and my wife was surprised at his good conversation in Chinese.

When my wife asked where he come from.

He was an American, from country area in USA.

Three people (He, She, I) talked a little in Chinese and English in very complex situation. He speaks my wife in Chinese, She translates and tells me in Japanese, I speak to him in English.

He lives in China for more than ten years and lives with his family in Dali. his wife is Chinese from Hubei Province.

Then,  my wife remembered Kunming Flying Tigers Museum at this morning, and she is impressed and tears a little. Because 3 persons are sitting in one seat.

76 years ago, China-U.S. Air Force and the Japanese Imperial Air Force fought in the sky on Kunming. But now they are sitting in the same chair at a cafe in Kunming.

Because my English is poor, I have been unleashing “Unbelievable”…

The American flew an American joke that says to me, “you say now is peace, but we may do war again.”

My face was stiff… I couldn’t laugh at that time… I could not understand it joke.

Later, I knew it was a joke, when I returned to Osaka and talked to a friend.

The fighters of the Flying Tigers team was riding mainly on Kitty Hawk “P-40E-1.”

Half a year later from the cafe, I took the “P-40E-1” in the battle game “War Thunder” and got the insignia of the Flying Tigers Team, drawn by Walt Disney.

WE (I and my wife) are searching for the British photographer of these photos.

He took these in Fengzhu Street Kunming, Yunnan Province, China, in 1980s.

The person in these pictures is my wife’s mother.

The person in these pictures is my wife’s mother. Wife’s family has lived in Kunming.

And her mother worked at a Kunming Vegetable Company, Fengzhu Street.

The British photographer sent a letter from England to her mother’s company.

My wife’s mother worked at a Kunming Vegetable Company. ©china21.blog

Now, Only 2 photos left. The envelope has been lost.

My wife misses her mother very much!

She cherishes these photos very much!

She is very thankful to the British photographer!

We hope to find him!

Please use these tags if necessary.

Since I was little, I wanted to know the other side of the mountains that spread to the western part of Nara Basin.

At the end of May 2004, I went to China for the first time to meet a woman in Zhejiang who was my lover at that time.

I arrivined at Shanghai Pudong International Airport, and took a linear motor car at a speed of 410 kilometers per hour. I was said not to take it by her, because it’s inconvenient.

But I wanted to experience a linear motor car, and took it.

I arrived at the subway Longyang Road Station.

When I left the ticket gate, I was surrounded by seven men. It was a solicitation for a taxi ride.

While I was trying to declining to take these taxies with poor Chinese, a Girl about 20 years old passed nearby, At that time.

She approached while saying “May I help you?”, So We talked to each other using English, which is not our native language.

When I told that I was Japanese, she looked a bit clumsy. The two were in the dark and were silent for about five seconds.

I groped our conversation…

I took the subway again with her, going to Shanghai Railway Station.

Hayashi, in several short novels, drew the streets and humanity of the suburbs of Shanghai during the Second Sino-Japanese War period. She observes the battlefield in Shanghai with a careful attitude peculiar to the third daughter.

Hayashi’s glance in childhood is sharp. Hayashi wrote the reason of dark Shanghai is that rubble stone and concrete will cast large shadows.

She asked me after several stations. “Why did Japan no longer respect China?”

When We got to Shanghai Railway Station, I answered and summarized with my knowledge about history. “For the last 150 years, Japan has admired and respected its father Europe and the United States, but continues to forget its mother China.”

Eternal construction “Shanghai”; What I should learn from this city is the ever-changing power. ©china21.blog

She explained to the station staff about her guide for me, entered the ticket gate, and came to the yard with me.

She asked about my lover, before the train left. I said to her that my lover had been in Japan for nine months, and just returned home this month.

Just as the departure bell rang, she strangely leaked a word like a monologue. “It’s funny, I hated Japan unilaterally, even though I didn’t know anything about.”

And I replied, “I’m the same as you. I don’t know China and Japan. I don’t know if you’re Chinese or not. I’m sure I’m going to see my Zhejiang girlfriend from now.”

I waved to her.

One piece of the Bund; the stone wall that cools the heat of history. on Shanghai May 2005. ©china21.blog

In the summer of 2005, I went to Zhejiang, to say goodbye because my Zhejiang girlfriend get marriage.

Few weeks Later I returned to Japan, I fell in love with another Chinese woman, who is single mother from Heilongjiang.

She said to me, “I will take you to China, so please discard all photos of Zhejiang Province.” I went to Zhejiang 11 times in 2004 and 2005, and took many pictures. But every photo is not left now.

One day about one year has passed, Heilongjiang lady left me with a saying, “I got to know love because of you. From now on, I can live only with memories with you.”

Some women have had many evaluations to me in the past. Looking back at the evaluations, these are mainly a stateless, Hong Kong-style, Latin, or modern-day Confucius.

I wanted to know the other side of the western mountains at Nara Basin. Now I do not want to know what is in the west.

Anyone can not answer.

“Where is the West?”

Nowhere, There is only a designation.

One piece of the Bund; the stone wall that cools the heat of history. on Shanghai May 2005. ©china21.blog

Eternal construction “Shanghai”; What I should learn from this city is the ever-changing power. ©china21.blog 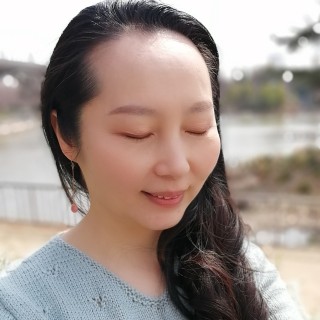